Compliance as a Service. Ethyca: “End-to-End user data privacy: Ethyca is Privacy Infrastructure for developer teams to automate compliance with and management of User Data Privacy”

👍I find the approach of Ethyca extremely interesting as it wants to solve the privacy compliance problem at the code level (unlike the majority of other products in the same category which are more pure “front-end” products). Basically, Ethyca acts as a layer that you install on top of your data infrastructure (like a middleware), and which will help you deal with the major privacy regulation requirements through their API.

Let’s take a concrete example to illustrate how it works: 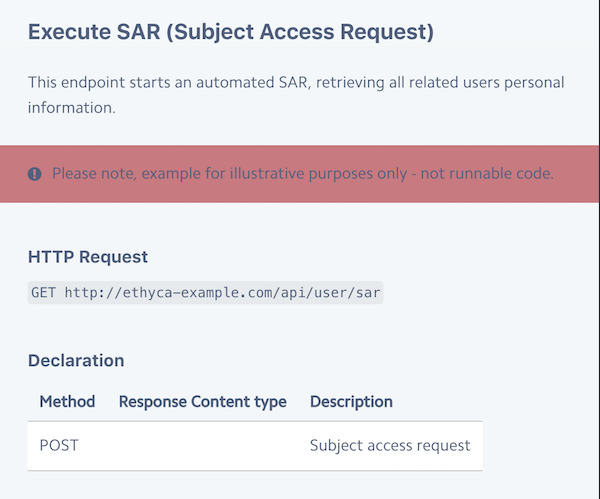 And you can achieve a bunch of similar actions (right to be forgotten, user deletion, data mapping) simply by doing API calls.

👍An aspect that I like about this approach (compliance integrated at the code level) is that once you have Ethyca installed, you potentially don’t have anything to do to comply with other regulations (GDPR, CCPA…) as it will be the middleware which will be in charge of it.

👎Obviously, the major drawback to this ”deeply integrated” approach is that only developers can set up the tool, which takes time and resources. The key for Ethyca will be to remove as much setup friction as possible. In a way, it reminds me of the beginning of tools like Intercom which were made for marketers, but who couldn't install it themselves and needed to convince developers first. Convincing developers was key.

When it comes to this market, it’s very important to distinguish SMB from enterprise customers: 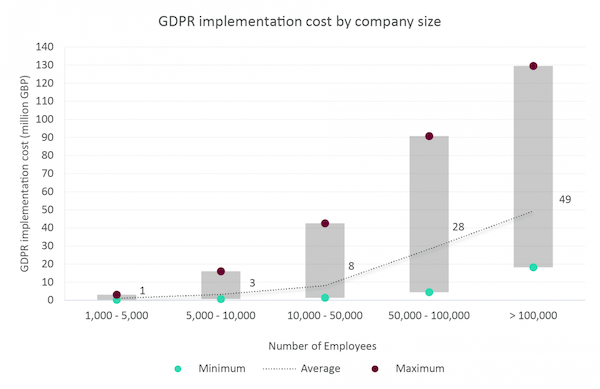